This month’s NPV Update focuses on several important events:   NPV in Virginia, LWVFlorida joining Floridians for NPV’s Coalition, Conservatives for Yes on National Popular Vote, and upcoming NPV related events in Florida.  A section on NPV Myths has been added along with a reminder about scheduling NPV Presentations.

Virginia legislators filed National Popular Vote Interstate Compact HB 177 this session. The NPVIC bill made it through House committees and was passed on the floor of the House of Delegates. In the Virginia Senate, things moved differently. The Senate Privileges & Elections Committee voted 14-1 to carry over HB 177 until next session. The Chair of the committee, publicly said HB 177 would reappear on Committee’s docket when it meets again in November or December of 2020.

What does this mean?

HB 177 will go before the Senate committee at a November or December meeting yet to be scheduled. If it passes out of that committee at that meeting, the bill moves to the Senate to be voted on at the very beginning of the 2021 session and then goes to the Governor’s desk. A carry over means no need to pass it through the House again. If for any reason the Senate does not pass the bill out of committee at that meeting, a new National Popular Vote bill could be reintroduced in 2021 and we would need to pass it through both chambers again.

Is this a good thing? A bad thing?

This was the best outcome possible given the situation in the committee. Even though the Democratic votes were there, NPV didn’t quite have enough support to pass the NPVIC bill; it is better for it to be carried over to the next session as opposed to having a “no” vote on the record. More time is needed to meet with Democratic and Republican legislators to earn their understanding and support of the bill.

National Popular Vote will continue to lobby the Senate over next several months to earn their support for the bill by the time we get to November. At its November meeting, NPV supporters will push out calls-to-action to Virginia voters to support the passage of National Popular Vote. Expect educational forums with the LWV, ACLU, NAACP, training more Virginia volunteers to present the bill to groups locally, and working to get even more endorsements from local organizations.

The NPV movement in Florida was spawned originally by the LWV of Palm Beach County which received funding to improve community understanding of the Electoral College and support efforts to elect the president by popular vote. Encouraged by then LWVFL President Pamela Goodman, LWVPBC president Karen Wilkerson, and PBC Voting Rights Chair Nancy Cohen, a small group of NPV supporters coalesced around speakers (Dean Vikram Amar, U. of Illinois Law School and Patrick Rosenstiel NPV) at the 2017 LWVFL Bi-Annual Convention. Building upon new found support, this stalwart group attended the LWVUS 2018 Convention and helped pass a Resolution which made NPV a part of “Making Democracy Work”

During the same time in Florida, this group worked with Representative Joseph Geller and Senator Victor Torres to submit NPVIC bills in Florida’s House and Senate. To facilitate the efforts to communicate with Legislators, the LWVFL encouraged the formation of a separate NVP organization. With LWVFL President, Patti Brigham’s, guidance and advice, an independent organization has been established. Floridians is thrilled that the LWVFL is now a member of the NPV Coalition, an organization they helped establish.

With the addition of the LWV Florida, there are now four coalition partners:

Represented by Liza McClenaghan, its Florida Chair, Common Cause has long been a supporter of National Popular Vote both nationally and at the state level.   They have a page on their website that outlines their commitment to the issue and how their members can participate.

Represented by Eileen Reavey, Director of Grass Roots support for NPV, Inc., this organization was founded by John Koza who first conceived of NPV Compact in 2006 and has been supporting it for the past 14 years.

Represented by Michael Tarnoff, this Illinois based non-profit focuses on raising money for various groups involved in passing NPV bills in states that have not yet passed NPVIC bills.

In the future, Floridians will work closely with these organizations to make sure that all NPV related activities are coordinated at state and local levels. Educational efforts will be supported by all organizations with communications with Legislators being reserved for Floridians. Although NPVIC bills have been filed in Tallahassee, none of the committees to which they have been assigned have held hearings. One reason is that even those who are inclined to support NPV remain unsure of how it works. This makes it incumbent for all Coalition members to step up communication about NPV to local community leaders and candidates this fall. Legislators need to understand that NPV is about replacing “winner take all” rules which determine outcomes in the remaining 32 states.

Together, we intend to replace these laws with the National Popular Vote Interstate Compact bills by the 2024 Presidential election.

Conservatives for Yes on National Popular Vote
(Adapted from an article by Justine Coleman, The Hill, 2/26/20)

A new conservative campaign advocating for the national popular vote movement sought to promote their effort at the annual Conservative Political Action Conference (CPAC) this past week. Their purpose was to educate those on the right about the movement and challenge myths that NPV would largely benefit Democratic candidates. 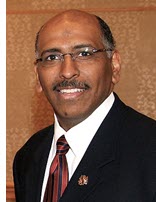 Michael Steele former Republican National Committee Chairman commented that the Republican Party is increasingly at a disadvantage in the Electoral College as more states, like Texas, with 38 electors, could become more liberal. “NPV empowers citizens to know… that their votes will count in every election,” Steele said. “Lack of turnout from voters who think their vote doesn’t matter for president can have a devastating impact on down-ballot candidates of the party.” Steele predicted that the U.S. could shift to a national popular vote model as soon as 2024.

Surprisingly, Trump himself has previously entertained the idea of a national popular vote election, saying in a 2017 interview, “I would rather have the popular vote because it’s, to me, it’s much easier to win the popular vote.”

Addressing common Myths about NPV will be a feature of this newsletter. Adapting information from the National Popular Vote website (see NationalPopularVote.com), we hope these answers are useful.

NPV Presentation to the Indivisibles

As shown below, Cynthia Archbold (standing in the back), among our most frequent speakers, made an NPV presentation on February 15th to the Invisibles of Palm Beach. As often happens, although this is a very politically savvy group, few of them had ever heard of NPV and were very excited about the change it could make in how we elect our President.

If you would like someone to speak at your event or organization, go to Floridians for NPV and complete a speaker request form. With more than 10 NPV presenters around the state, Floridians will be happy to arrange a speaker for you.

March 13-14: The LWVUS CEO Virginia Kase will be featured on the main stage at the People en Español women’s leadership conference, Poderosas Live!, on a panel celebrating the centennial of women’s voting rights called “When She Votes, The Future is Bright”.
March 20: At the University Club of Orlando, Kathleen Crampton will be speaking on National Popular Vote during their Monthly luncheon.
April 18 & 19: LWVFL Leadership Conference and Centennial Celebration featuring Carolyn Jefferson-Jenkins, former LWVUS President.